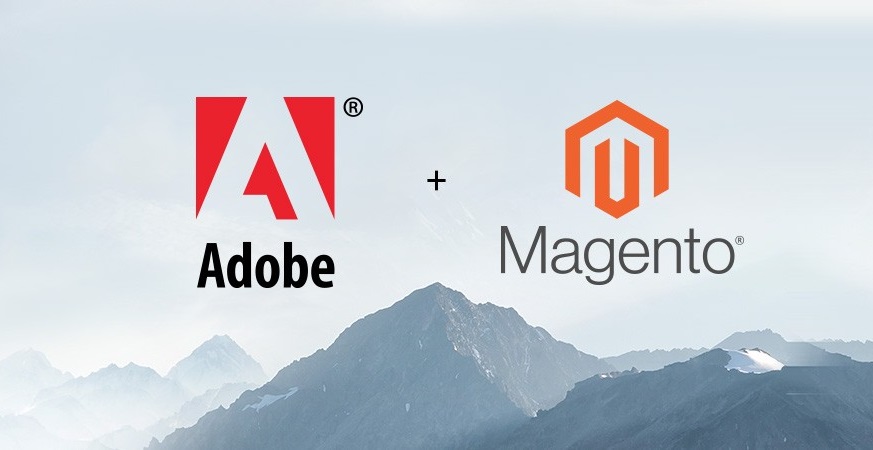 It’s been 2 years since the $1.6 billion purchase of Adobe for Magento happened. In retrospect, this acquisition had shaken the eCommerce ecosystem which resulted in several platforms’ stocks went down in response to the marriage.

But what changes to Magento specifically has taken place? And what to look for in the next phase?

The biggest change – The shift in Magento users contribution

When the news that Adobe was acquiring Magento 1st hit the frontline, we had forecast there would be a massive change for smaller and mid-tier businesses that took up the bigger part in roughly 450.000 Magento users at the time.

This expected trend was a direct result of observing Adobe’s preference for enterprise deals.

It was calculated that an upfront cost for licensing of Adobe Experience Manager (Adobe’s digital experience platform) was roughly $500k.

Not to mention the double in size implementation costs that brought the total price up to $2 million. It was safe to place a bet that Adobe will further drive the cost for Magento Enterprise to rise.

There was also a question about the future of Magento in integration with Adobe Experience Cloud. And yes we did have the confirmation from Adobe that this would be “seamless.”

However, considering Adobe’s track records with Experience Manager and Marketing Cloud (which was described as awkward & clumsy), it was more likely that Magento users would have a long learning curve with the integration.

In recap, here were the most important predictions at the time:

Current landscape and the new additions to Magento since

If there is a phrase to describe the current situation of Magento it would be – struggling while thriving.

The SME and medium-size Magento e-commerce owners have experienced turbulence due to the acquisition.

These are two main reasons that cause this fluctuation: high expenses and migration difficulties.

In fact, we can pinpoint the exact moment that the graph took a turn.

What does declining in Tops mean? It means that the number of Magento-based web stores in the Top 1M, 100k, 10k is shrinking. The stores haven’t disappeared – they have just been re-platformed.

As mentioned, Adobe is big on licensing and such a high price has scared a major part of SME Magento users away to a cheaper alternative.

Secondly, the deadline for migrating from M1 to M2 is also a reason to cause Magento users to drop.

Here is the fact, only 4.4% of total Magento stores are run on M2 – which shows the public favoritism for Magento 1.

However, looking into the horizon, there are better things that have come to Magento since the acquisition.

And we will discuss them right now.

This is the love-child of Adobe Experience Cloud and Magento that is experience-focused and available-regardless-of-scale.

The Cloud is a service bundle of marketing + analytics + advertisement that seamlessly connects to hubs of data, creativity apps, and content.

And even though I dunked on Adobe’s pricing previously, I must admit that the subscription plan for Magento Cloud Commerce is reasonable.

This product is truly what we’re hoping to get after the Adobe acquisition – an ecosystem for e-retailers to thrive upon without streaks or bumps (in theory, of course.)

We have a lot more to talk about this particular addition to Magento later down the road.

When you move your business online, there is an inevitable urge to melt the physical and digital world together.

And Adobe provides OMS to cope with this exact demand. This system unites e-commerce channels with a vision for growth and expansion – all in favor of the customer.

Here is the list of benefits that OMS bring to your Magento e-commerce:

These partner announcements were such a surprise back in the days. No one saw these collaborations coming since everyone was expecting bridge-solutions from Adobe’s arsenal.

And it’s just the beginning, in fact, Adobe has used its network and added a number of technology partners to Magento that make the sample pool bigger than ever for Magento users.

For example, we have:

And so much more.

There is no way to deny the contribution of mobile conversion on e-commerce revenue, and since a definitive app is out-of-hand – PWAs come in handy.

While across the board acknowledgment of PWAs is on the ascent, their effect expands some separation past versatile of mobile.

IN-DEPTH ANALYSIS: Magento 2 PWA Studio – How to capture the pure power of this coming technology.

PWAs empower usefulness which incorporates message pop-ups and region to be developed into the design of the site, leveling the playing discipline for all producers to convey particularly customized cross-channel stories at definitely the correct time, all at a small amount of the expense of a phone app.

Magento Business Intelligence is a cloud-based and visualization-rich in storing, managing and interpreting data.

It gathers data from your database, Magento extensions, and third-party tools to turn them into values, and insights. Then, you have the ability to answer these data-driven questions:

Since the acquisition, Magento Adobe has had quite a wide-ride on updating. Noticeably, Magento 2.3.5 has officially launched on Apr 28, 2020.

FULL REPORT: Magento 2.3.5 updates – everything you need to know and a recommended plan for moving forward.

More expensive to run and maintain a Magento e-commerce

There is no other way to put it.  It has become more expensive to own a Magento store since Magento Adobe happened.

And even if you’re going the open-source round, the lack of built-in features forces you to spend more on extensions. Therefore, it’s a merry-go-round all over again!

The only way you can escape this loophole is to have a team of veteran PHP developers or have mastered this high-level program language yourself.

There are obvious benefits to having a common platform from one single vendor. But that is not really what Adobe is offering.

Instead, Adobe Experience Cloud is a Frankenstein-project, consisting not only of multiple out-sourcing components but also has different technologies background.

Adobe Experience Cloud is built on a Java EE stack, whereas Magento’s architecture relies on the open-source LAMP (Linux/Apache/MySQL/PHP) stack. Both systems are legacy solutions that outdate the market’s move to the cloud and neither was built as a true SaaS solution.

Like all enterprise systems, they both excel/lackluster in certain areas. Both are also notorious for being difficult to implement and one need not look hard to find examples of failed projects.

Hard to strike for seamless integration

Bug fixing is inevitable and it makes an appearance on every single e-commerce platform that ever exists.

However, it’s concerning when 98.7% of issues reported on Github was after the acquisition.

Granted, Magento Adobe did provide solutions with composer patches – in short, this is a temporary fix until the code is integrated upstream.

Moreover, the majority of Magento ecommerce users are using Google Analytics instead of Adobe analytics suite – since it’s Google.

And it is the same for Adobe’s clients – they prefer running e-commerce with Hybris (Adobe tried to acquire Hybris back in 2013 but lost to SAP) rather than Magento.

Together, they prove that it’s hard to find a common ground for both Magento and Adobe customers to run the two solutions side-by-side.

There were predictions that Magento’s biggest competitor after the acquisition would be Salesforce.

At the time, no one thought that a single software company that successfully moved from the high-end of the enterprise market to launch a successful SMB offering.

However, all the changes above have proved the true intention of Adobe for the leading ecommerce Magento – to be the direct competitor to Shopify.

Here is the visualization of Magento vs. Shopify’s analysis with broader terms.

In retrospect, Magento did have a better start than Shopify. It offers both free and paid plan but further the options range with code editing.

Some might argue that Shopify has better simplicity of usage, and I agree. But you need to comprehend that it also means limited scalability and customization.

On that note, Shopify does let its customers customize their theme using Liquid (a self-developed PHP language). Unless you want to edit theme core files, then you’re safe off sticking with their prebuilt ones.

Moreover, Shopify provides hosting as well but no email hosting support. This means you can’t host a domain-based email address like info@business.com.

What you can do is to set up email forwarding. This makes it so that whenever someone reaches out to info@business.com, the email will automatically be forwarded to your regular email account like Gmail or Yahoo.

And one more thing that makes Shopify more expensive than Magento is that their extensions are monthly charged. Yes, if a particular paid app can help you save time or reduce the amount of hassle in your workflow, it might be worthwhile as an investment.

However, comparing to one-and-done from Magento, Shopify does have the shortest end of the stick.

READ our detailed comparison chart of Magento vs Shopify vs BigCommerce NOW to see who’s the leader!

With the Adobe Summit 2020,  we have several confirmations from Adobe about Magento’s future spikes:

Will these spikes can turn into a reality?

A lot will depend on how well they can integrate the company and realize synergy, both in terms of operations as well as sales momentum. At first glance, this seems like a stretch. Various analysts tout Magento as giving Adobe access to both the SMB space, by moving down-market and tapping into Magento’s installed base, as well as the B2B market.

Adobe acquisition has shocked the e-commerce market and Magento itself for arguably better. Moving forward, we will see a lot of attempts from Adobe to transform Magento into its image: A well-integrated ecommerce component to its massive ecosystem.

In the race to the leading platform, Magento has somewhat of advantages in comparison to Shopify with better usage coverage (straight-up steal the “sell everything” logo from Shopify). However, Magento has only lead the M in the SME, Shopify remains popular in the top 10k and overall the entire web.

If you need a helping hand with your Magento store from frontend to backend, CONTACT BSS Commerce right now, we’re on 24/7 support! 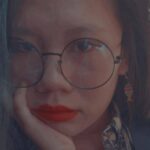 A proud Content Marketer @BSS Commerce. Addicted to visualized data, SEO, Tech and Marketing wonder-bender with strange terms and cases. Obsessed with cats in general and my two daughters Bean and Butter. 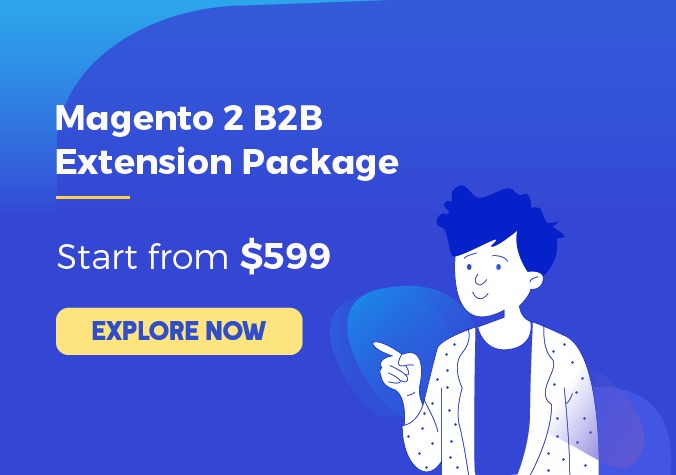