HomeNews and UpdatesMagento 2.3 – the Big Upgrade from Its Predecessor

Magento 2.3 – the Big Upgrade from Its Predecessor

Magento 2.3 – the Big Upgrade from Its Predecessor

Magento 2.3 – A version of futuristic vision

From anything could be seen up to now, Magento 2.3 receives a big upgrade, somewhat revolutionary. It is not like a huge revolution like the apes to humans. Despite bugs, Magento 2.2.x is already “human enough” in comparison with Magento 1.

However, it could more or less sound like opening a new chapter for Magento users from human to human with advanced weapons because this version has companioned itself with sequences of newest underlying technologies that won’t let you down.

STAY UPDATED WITH Magento 2.3.5 and its awesome feature updates.

Now, let’s count down the 10+ key feature updates of Magento 2.3 that get you hot.

We live in a modern time where cyber business security is imperatively important. It is better late than none, Magento cannot stay from this mainstream, 2.3 version packs this free and open technology; a login is safer to Magento admins, on the flip side, it blocks spam and automated abuse.

PHP is a fundamental requirement for Magento, as you know. In this version, PHP compatibility leverage to the latest version 7.1.3 + and above. The old one is only compatible to lower Magento versions (Magento 2.2 and below).  This adaptation was made to accommodate the latest technology included in the version

Are you ill of using the same decade-old of WYSIWYG editor on your Magento? You are about to receive the right change. From the support of TinyMCE (the supplier of the editor), ver 2.3 is no longer use WYSIWYG 3 but replace by version 4.

Get searching tasks performing under Elasticsearch bar, an advanced tool to return results quicker with more accuracy. It is able to handle large catalogs and easily scale search as queries grow. Previously, it facilitates Magento Commerce, but from now on, Magento Open Source users can use up this tool.

Other innovative features can be listed, as it displays search suggestions, offers support for stop words and synonym management. Some of the actions as indexing does not impact front end customers, and it also executes in multiple languages. Last but not least, it supports real-time data and analysis too.

This feature appoints only Commerce v2.3. It gives a great page builder tool powered by Blue Foot CMS that Magento has acquired previously. Users are equipped with a visual constructing tool to build up their page with no coding HTML/ CSS knowledge needed. Drag among selective layout templates and drops on the page. There you go, you have excellently defined your layout interface.

Hope the Magento team will pack it in the later version for Open Source to use this convenient tool.

No more not knowing stock quantities in individual storing places, this technology hits and blows the way you currently manage Advanced Inventory under Stock control in Magento 2.3. This fresh technology provides admins stock management functions from various storing places (brick-and-mortar stores as well as a warehouse).

CHECK OUT Magento 2 Multi Source Inventory for the easiest explanation in one place.

It improves the underlying algorithm to ensure the store’s workflow from being influenced by the reindex procedure.

Magento 2.3 will update additional ACL to control the cache inside the site.

It works to limit the access to relevant user roles only as well as imposing right cache actions and access to the right user tier.

It is an important upgrade from this version as it reduces the developers’ workload during the installation and upgrade process in Magento. Up to Magento 2.2.6, developers still have to write database scripts when installing, upgrading, or uninstalling that may cause bugs during the process. With this version, it removes install, installed data, and uninstalled files.

Only by disable, attributes, and the database will also be disabled without deleting or running uninstall files. In short, it skips requesting redundant operation steps, (of course, upgrade scripts will be phased out in favor of declarative schema) developers can now declare their desired state of the database and the system amends it automatically. However, executing a declarative schema is not a requirement, it is an alternative choice for developers.

To not beat around the bush, this is of most important improvement technologies being packed in the version. It is considered an app but cannot be found at the app store but well developed on a web browser instead. A hybrid between an app and a web browser site turns into a progressive (advanced) web app. It fulfills the responsive traits, easily to uses and tap of an app but uses HTTPs to enhance securities for pages. It works well on popular browsers such as Edge, Chrome, Safari, Firefox, etc.

A PWA page can store cache and resources to perform even when offline with one solely URL and can share content to social channels.

A prominent trait is it costs less and responds quicker than traditional apps, faster and well interact with users. Mobile users can download and install it as a mobile app with some features such as push notifications or using a camera for feedback. This version of Magento will get you through that PWA studio.

Inside the Magento PWA studio, it is a tool kit allowing development, launching and maintenance one PWA in the Magento 2 platform. It takes advantage of modern tools and libraries to create systems and frameworks, complying to open regulations of Magento 2.

In details, the tool and libraries one PWA provide including:

Webpack: a robust tool allowing take in the module and its dependencies, in order to generate corresponding static asset. Current websites are trendy towards web apps transformation to bring out the best experience to users. Therefore they share traits like many js, full-page reload, single-page app, etc. As a result, there are more code clients.

Of course, to compatible with PWA studio, new APIs have come into operation as a new stack/ protocol of pull a push communication.

It is another choice besides REST and SOAP web APIs for storefront or front end developers. The data query language was invented by big data company, Facebook, to handle the speed of processing due to huge data provide. It supports PWA, mobile, etc. By using GraphQL API, loading time is more instant whilst less data in charge.  It can accomplish more than one API call (than REST, SOAP), appoint exactly the data that need.

It allows multi APIs to run in one time, no more queuing. It handles at ease batch of API, which is a huge advantage for big sites with daily bulk API requests. It is truly a hop jump since admins need to wait for the request to return status for next queries like Magento v2.2.

Though there are patches to fix old bugs and conflict from Magento 2.2, there may be new bugs when this 2.3 ver releases. However, I believe this is the best version with super innovative technologies packed. Hope you have acquired some knowledge through this post and this series is to be continued! You are welcome to leave comments about v2.3 in the section below. 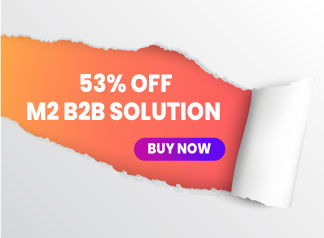