As you know, Magento 2 is notable for its scalability or extensibility also.

Extensibility means how easy it is to expand a product’s feature sets. An extensible product has been designed from its earliest stages for customization and enhancement.

Modularity is one of the Magento 2 extensibility concepts. So modular design of software components (in particular, modules, themes, and language packages) is a core architectural principle of Magento. Self-contained modules of discrete code are organized by feature, thereby reducing each module’s external dependencies.

So in this topic, you will learn about Magento extensibility & modularity.

What is a Magento module?

A module is a directory, an independent component, or a set of parts containing blocks, controllers, helpers, and models which provides business logic and features. Conforming to Magento’s commitment to optimal modularity, a module encapsulates one functionality and has minimal dependencies on other modules.

Purpose of a module

A module is a folder that contains the PHP and XML files that are related to a specific business feature. A Magento module is composed of these software components: themes, libraries, and language packages.

There are two areas where a module can be located in a Magento 2 application.

The first location is an app/code directory. We use this directory to add custom and 3rd-party Magento 2 modules. It is usually used by development agencies, internal or in-house developers to simplify the development process.

The second location is a vendor directory. It is used when developers install composer package management.

In case you prefer customizing or extending Magento to editing core files directly, or placing new Controllers, Models, Helpers, Blocks, etc. next to Magento code, you’ll create your own Modules in the /app/code/<Vendor>/<Module>

Vendor (or a Namespace)specifies your company or organization. You use it to create modules in order to make them different from another user’s code.

An area is considered as a logical part to organize code for optimized request processing. We use it to streamline web service calls by loading only the dependent code for the specified area. This area is defined by Magento and contains different code on how to process URLs and requests.

Magento is arranged into 3 main areas:

You are able to send requests to Magento using the SOAP and REST APIs. These two areas are:

How areas work with modules

Modules define which resources are visible and available in a field and its behavior. The same module can influence several areas. For instance, the A module is set partly in the adminhtml and frontend area.

Ensure that your module has separate behavior and view components for each area if it works in several different regions. Each area declares itself within a module. All specific resources for a domain are located within the same module as well.

You can disable or enable an area within a module. If this module is activated, it injects an area’s routers into the general application’s routing process. If it is disabled, Magento will not load an area’s routers, and as a result, an area’s resources and specific functions are not available.

Notes about request processing in Magento

A URL request is handled by stripping off the base URL. The first path segment of the remaining URL identifies the request area.

After the area name, the URI segment specifies the front name. The handle is extracted from the URL when an HTTP request arrives and interprets it as follows:

To determine how a module reacts to changes, we must understand how it relates to another.

A module can have bellow types of relationships:

Contrary to being closely interrelated with other modules, modules are optimally designed to be loosely coupled. So they require little or no knowledge of other modules to function their tasks.

Each module is responsible for a unique feature. Basic, this means:

Specify that a module cannot function without the other modules on which it depends. Example:

The require section of composer.json file contains hard dependency definitions for the module.

A soft dependency module which depends on another module can perform accurately without the others, even when it is dependent on the other module. For example:

The suggest section of composer.json file contains soft dependency definitions for the module. For example:

The <sequence> node of module.xml file in app/code/<Vendor>/<Module>/etc/ also contains soft dependency definitions for the module. For example:

Note: If a module uses code from another module, it should declare the dependency explicitly.

You should not create these dependencies:

You are able to create dependencies between the modules that belong to various layers.

Dependencies in the Framework layer

A module belonging to the Magento Framework can be used in the application layer by an explicit dependency.

Note: In this case, using interfaces is preferable to using classes. You can build dependencies between classes in the Magento Framework even if they belong to different modules.

Dependencies in the application layer

A module which belongs to the application layer cannot be used in the Magento Framework.

At a high level, there are three main steps for managing module dependencies:

For example: Module A declares a dependency upon Module B. So, in module.xml file of module A, Module B is listed in the <sequence> tag. Thus, module B’s files are loaded before module A’s. Plus, you must declare a dependency upon Module B in the composer.json file of module A. Moreover, in the deployment configuration, Modules A and B must both be defined as enabled

After installing the module, you can open app/etc/config.php to see the order of modules, in this case, the Module_B was loaded before Module_A:

I hope that this article brings you useful information about extensibility and modularity in Magento 2. If you have any questions, feel free to leave us your comments. Don’t forget to keep updated with us for more Magento 2 tutorials. 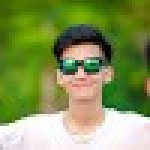